Notice: Welcome to our duffhouse.

Today, after enduring three weeks of Airborne training at Ft. Benning, Georgia, Jordan and the rest of Company A graduated. Jordan successfully completed INDOC at Lackland AF Base in San Antonio, TX a month ago.  Within a week he was sent to Panama City, FL, where he is now in his 3rd week of the Navy Dive School.  On their first day of class, his room mate blacked out while doing the 50 meter underwater swim, and was rejected out of the program.  Two days later, 8 airmen that came with him from Lackland, were rejected out of the program and sent back to Lackland due to paperwork issues.  Jordan was very fortunate to have survived that incident.

He has continued on within the program, qualifying on the 2000 meter open swim, and the night swims.  As of yesterday he completed all open circuit requirements and has moved into the 2nd half of the program utilizing closed circuit methods. The mission of Air Force Basic Military Training is to transform civilians into motivated, disciplined warrior Airmen with the foundation to serve in the world’s greatest Air Force. The purpose of this course is to develop the next generation of Airmen who embody absolute professionalism.

The mission of the Indoctrination Course is to recruit, train, and select future Pararescuemen. At this school you will participate in extensive physical conditioning, to include swimming, running, weight training and calisthenics. This course helps prepare you for the rigors of training and the demands of this career. Other training accomplished at this course includes physiological training, dive physics, metric manipulations, medical terminology, dive terminology, history, and leadership laboratories. Graduation of this course is your ticket to ride the pipeline and begin learning the skills that make PJ’s highly regarded special operators.

Survival, evasion, resistance and escape specialists at Fairchild, AFB train aircrews how to safely escape from an aircraft that has landed in the water. Instruction includes principles, procedures and techniques necessary to escape a sinking aircraft. This one-day course is dedicated to underwater egress from an aircraft and primarily focuses on rotary wing aircrew.

This course teaches basic survival techniques for remote areas – using minimal equipment. This includes instruction of principles, procedures, equipment, and techniques which enable individuals to survive, regardless of climatic conditions or unfriendly environments, and return home with honor.

Qualifies airmen as Pararescue Recovery Specialists for assignment to any Pararescue unit worldwide. Training includes field medical care and tactics, mountaineering, combat tactics, advanced parachuting and helicopter insertion/extraction qualifications. At the completion of this course each graduate is awarded the maroon beret.

~Air Force Pararescue Tribute / That Others May Live ~ 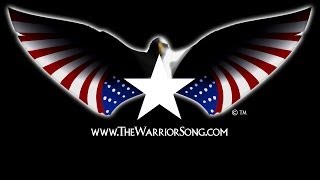